Obstructive sleep apnea has long been known to negatively impact various aspects of a person’s health. From high blood pressure and a greater risk for developing depression and type 2 diabetes, sleep apnea can affect practically every part of your life.

A recent study shows that obstructive sleep apnea does more than affect mood and your ability to concentrate. It could also play a role in the development of Alzheimer’s disease.

Few diseases carry more emotional weight than Alzheimer’s. Many with this disease experience memory loss, judgment lapses, and loss of language skills. Drastic changes in mood and behavior, as well as trouble managing physical functions, can all result from this pernicious disease.

As such, understanding (and addressing) potential culprits should be a top priority for everyone, particularly as they age. 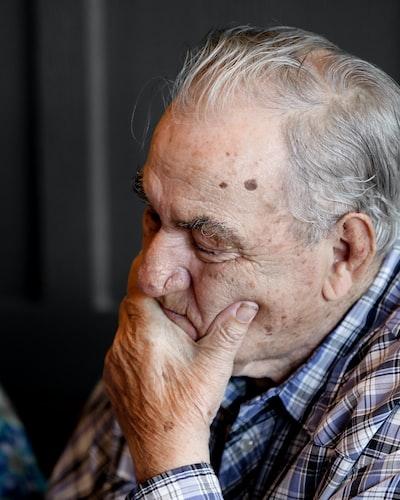 In an interview with Healio, Stephen R. Robinson, PhD, who was involved in the study, explained, “People with obstructive sleep apnea are more likely to develop Alzheimer’s disease in old age but it was not known why…Alzheimer’s disease is characterized by the pathological accumulation of amyloid plaques and neurofibrillary tangles in the brain, which begin in the vicinity of the collateral sulcus then spread through the hippocampus and then into adjacent areas of the brain.”

The research team performed post-mortem studies of the brains of individuals who had been diagnosed with obstructive sleep apnea. They found that the more severe an individual’s sleep apnea had been, the more likely they were to have developed the amyloid plaques associated with Alzheimer’s disease.

Notably, as Medical News Today reports, “The researchers discovered that the plaques appear first in the same locations and spread in the same way in the brains of people with sleep apnea as they do in people with Alzheimer’s.”

While the individuals in the study had not received an official Alzheimer’s disease diagnosis, many of them had a level of amyloid plaques and neurofibrillary tangles that would normally cause them to qualify as having the disease.

The researchers speculate that the lack of oxygen and resulting oxidative stress that occurs during obstructive sleep apnea could be to blame, making the brain more vulnerable to the toxins and disease-causing agents that would otherwise be kept in check by a healthy flow of oxygen. The study is viewed as an important step in understanding the potential connections between obstructive sleep apnea and Alzheimer’s disease. However, it is important to keep in mind that Alzheimer’s is believed to result from a variety of genetic, environmental, and lifestyle factors.

Alzheimer’s is more likely to occur as people age. Those who have experienced past head trauma and have a history of poor sleep are also more likely to develop sleep apnea. Alzheimer’s disease also shares many risk factors with heart disease, such as obesity, high blood pressure, type 2 diabetes, and smoking.

Naturally, obstructive sleep apnea greatly disrupts sleep patterns, which is in itself a risk factor for Alzheimer’s disease. However, it has also been found to increase one’s risk of high blood pressure and type 2 diabetes. It can even contribute to unhealthy weight gain.

Even if these conditions don’t result in an Alzheimer’s disease diagnosis, there is no denying that they can significantly impair your overall quality of life. This makes taking steps to manage your sleep apnea a top priority.

Naturally, your first line of defense against sleep apnea is a CPAP machine. By providing a steady flow of pressurized air throughout the night, a CPAP machine (and an appropriately fitted mask) will help you avoid temporary stoppages in breathing. You can also reduce the severity and frequency of sleep apnea episodes by sleeping on your side, rather than on your back.

Of course, other healthy lifestyle changes can improve your sleep quality and lower your risk of Alzheimer’s disease. Living a physically active lifestyle has been found to generally reduce your risk. At the same time, exercise can make it easier to fall asleep (and stay asleep). It prevents high blood pressure and helps you maintain a healthy weight.

Keeping yourself mentally engaged can also make a big difference. Studies have found that “lifelong learning” and cognitive stimulation can reduce risk for Alzheimer’s disease. This doesn’t mean you need to be spending all your time with your nose buried in a college textbook. Regularly participating in activities that are mentally and socially stimulating will improve your overall well-being, both now and in the future.

Improve Your Health With a CPAP Machine

While the exact link between obstructive sleep apnea and Alzheimer’s disease is still being explored, there is no denying that the poor sleep quality caused by this disorder can greatly affect your overall well-being.

Unfortunately, many people are reluctant to address their sleep apnea issues because they don’t have insurance to pay for their equipment. This is where No Insurance Medical Supplies comes in. We offer a wide range of quality CPAP and BiPAP machines from brands like ResMed and Philips Respironics, many of which are available at discounted prices to help you save hundreds off MSRP.

In addition to great prices on CPAP equipment, certain orders can also qualify for free shipping and interest-free financing, making your purchase even more affordable.

Investing in your health and well-being is always worth it. Let No Insurance Medical Supplies help you prevent the harmful outcomes of obstructive sleep apnea by ordering your CPAP equipment today.