According to the Anxiety and Depression Association of America, worldwide, approximately 322 million people suffer from depression. This is one of the most commonly experienced mental health conditions, and major depressive disorder is actually considered a disability in the United States.

There are many factors that can contribute to depression, including genetics and life events. And there are concerns that depression, anxiety, and other mental health issues are on the rise across the globe, especially in light of National Institute of Mental Health statistics that point to 18-25 year olds being the adult age group with the highest prevalence of major depressive episodes.

So what does all this have to do with sleep apnea? As it turns out, sleep apnea and CPAP therapy both have a role to play in addressing depression. Here is a closer look at what you should know about depression and sleep apnea, as well as why CPAP treatment adherence can play such a vital role in maintaining sound mental health.

What are the Symptoms of Depression? 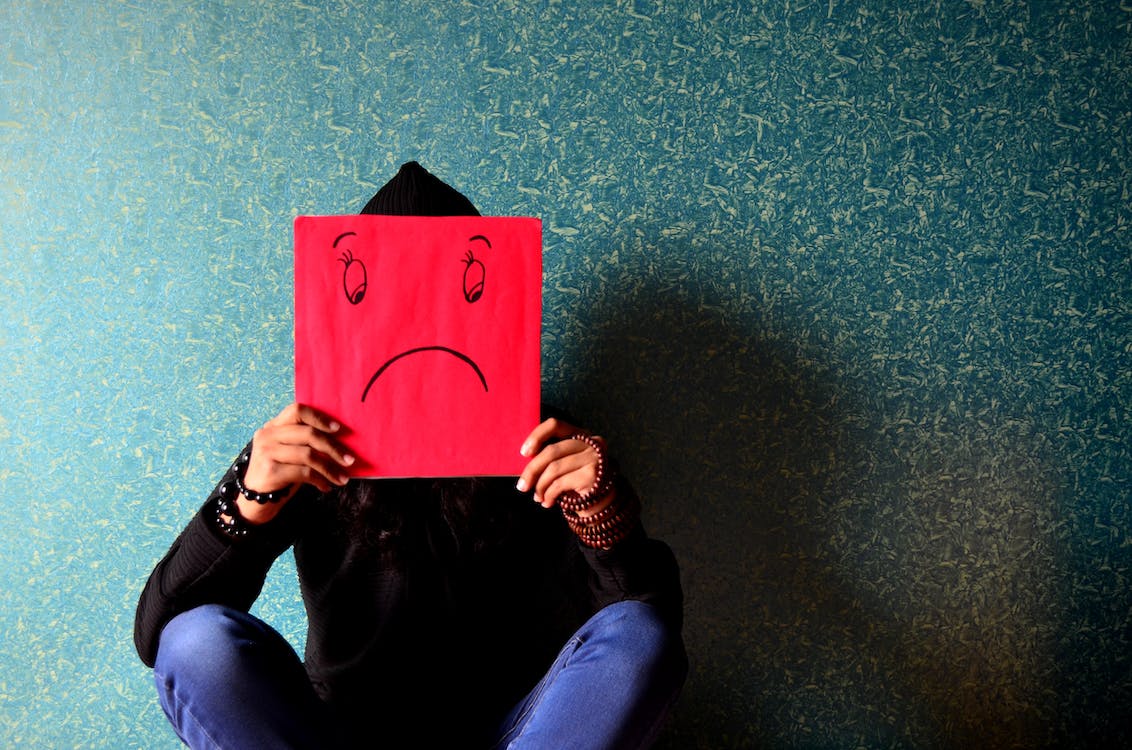 Depression is stereotypically associated with being sad or having feelings of hopelessness. However, not all such incidents technically qualify as clinical depression. It is normal to feel sad or upset following certain events in life, such as the death of a loved one or the loss of a job. With clinical depression, however, individuals are unable to get past these negative feelings on their own.

Clinical depression tends to last for an extended period — several weeks or even months — and it quickly begins to affect all facets of the person’s life. Feelings of sadness, guilt, or worthlessness create an ongoing sense of pessimism. The depressed individual may lose interest in their favorite activities and feel increasingly fatigued. They may become irritable or have trouble concentrating and making decisions.

Physical side effects are also common, such as changes in sleeping or eating habits. Many who suffer from depression will also experience persistent headaches, as well as digestive orders and unexplained pains.

In severe cases, someone who is experiencing a major depressive episode may even have suicidal thoughts. Because of this, symptoms of depression should never be ignored or viewed as “not a big deal.” Those suffering from depression should seek professional medical attention to ensure they receive needed medication and treatment.

While depression and other mental health disorders can affect almost anyone, there are several risk factors that can increase one’s risk for depression. Those with a family history of depression are generally at a greater risk of experiencing mental health problems. Difficult life events, including conflict with friends or family or a history of being abused, can also bring on depression.

Even positive events, like having a baby or getting a new job, can lead to depression. These major changes throw off your normal routine, and it can be hard to adapt. The resulting stress and anxiety can subsequently cause an individual to experience depressive symptoms.

Certain medications can cause depression, and substance abuse can play a major role in a wide variety of mental health problems. Several other illnesses, including ADHD and chronic pain, can also increase one’s likelihood for becoming depressed.

All people should monitor their mental state so they can identify the warning signs of depression. If you have any of the above risk factors, you should be extra vigilant for any changes to your mood or thought patterns.

The Link Between Sleep Apnea & Depression 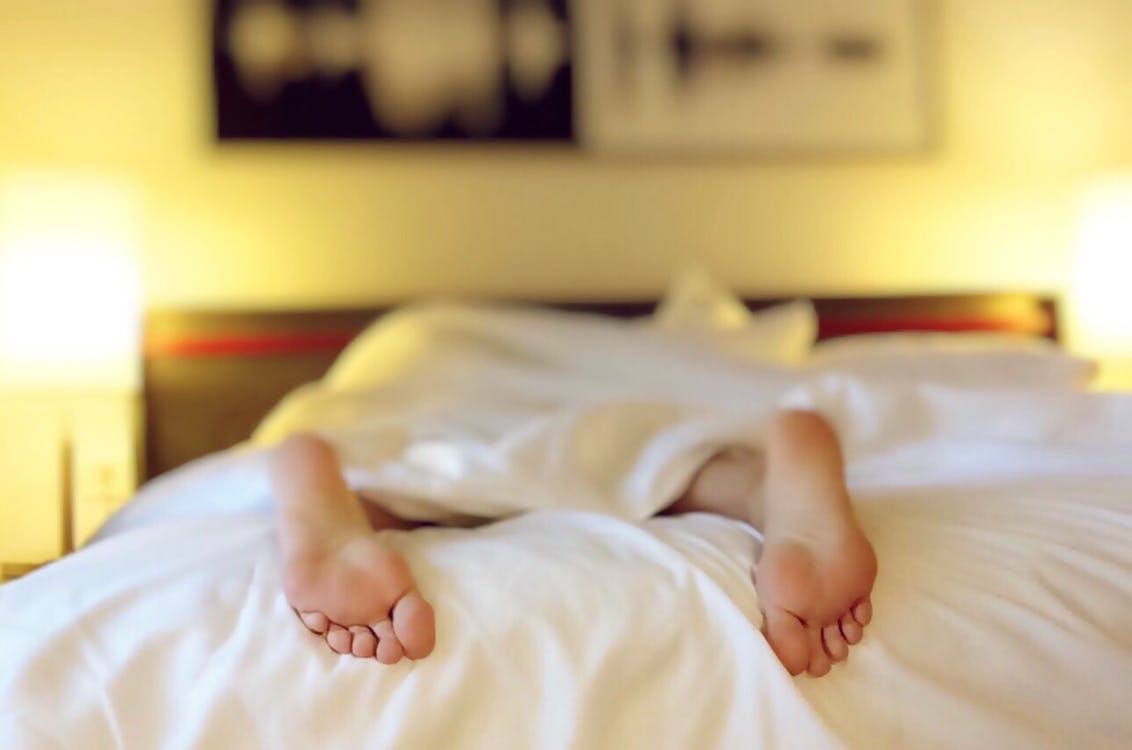 While sleep apnea has been connected with a wide variety of health issues, it is only more recently that its link with depression has been more firmly established.

A recent study from the Centers for Disease Control and Prevention found that regardless of other factors, obstructive sleep apnea is linked with major depression. The greater the frequency of sleep apnea episodes (which include gasping for breath or stopping breathing while asleep), the greater the risk for depression.

In an article published by the National Sleep Foundation, the study’s lead author, Anne G. Wheaton, Phd, explained “Snorting, gasping or stopping breathing while asleep was associated with nearly all depression symptoms, including feeling hopeless and feeling like a failure. We expected persons with sleep-disordered breathing to report trouble sleeping or sleeping too much, or feeling tired and having little energy, but not the other symptoms.”

Sleep apnea has also been linked as being a contributing factor when patients do not respond to antidepressant medicines. In June 2019, Medical News Today reported on a study that found that individuals with obstructive sleep apnea are more likely to have treatment resistant depression. In addition, the study also found obstructive sleep apnea in 14 percent of patients involved in the study — despite a trial group that attempted to exclude individuals with common risk factors for sleep apnea.

Poor sleep can directly affect an individual’s mood, making them more likely to become irritated or angry during the day. Fatigue can also accentuate feelings of sadness and make it harder to concentrate. When you consistently experience trouble sleeping as a result of sleep apnea, the continued impact on your mental and emotional state will naturally put you at a greater risk for depression, anxiety, and other conditions.

The problem is that sleep apnea often goes undiagnosed. Those who are experiencing symptoms of depression should also be screened for sleep apnea, as the conditions often go hand in hand. Though sleep apnea can contribute to depression, this also means that directly treating sleep apnea can help address depressive symptoms — and studies are consistently backing up this idea.

A study led by Flinders University followed over 2600 individuals with obstructive sleep apnea who also had a history of cardiovascular disease (a known contributor to clinical depression). As Dr. Danni Zheng, one of the study’s authors explained, “After following [patients] for an average of 3.7 years, we found that CPAP provided significant reductions in depression symptoms compared with those who were not treated for OSA. The improvement for depression was apparent within six months and was sustained.”

A 2015 study from the American Academy of Sleep Medicine revealed an even more direct link between CPAP therapy and reduced depressive symptoms. The study examined over 200 individuals who had both sleep apnea and depression. After three months of CPAP therapy adherence, only 4 percent of the patients still experienced “clinically significant depressive symptoms.” In addition, while 41 study members “reported baseline feelings of self-harm or that they would be ‘better dead’ [at the start of the study], none reported persisting suicidal thoughts at the 3-month follow-up.”

These studies make it clear that addressing poor sleep quality through CPAP therapy can have a direct impact on an individual’s mental health. Those who have already been diagnosed with sleep apnea should make treatment adherence a top priority to ensure improved mental health outcomes. As previously noted, all individuals suffering from depressive symptoms should be screened for sleep apnea to ensure that the underlying issues contributing to their mental health problems are properly addressed.

If you suffer from both sleep apnea and depression, there are additional steps you can take beyond adhering to prescribed CPAP therapy. Exercise has been consistently found to help relieve symptoms of depression by helping develop the hippocampus and releasing endorphins in the brain. According to the Harvard Medical School, a quality exercise program can be just as effective as antidepressants for individuals with mild to moderate symptoms of depression.

Exercise can also help address obstructive sleep apnea by helping you lose weight. Being overweight or obese is a leading risk factor for developing sleep apnea. By losing excess weight, you can reduce the number of sleep apnea episodes you experience, allowing you to sleep better so you can enjoy improved mood and mental function. You will also feel better about your body image and gain greater self confidence.

Adjusting your sleep habits can also reduce the number of sleep apnea episodes you experience. Sleeping on your side, rather than on your back, can help keep your airways open.

Those struggling with sleep apnea and depression should be mindful of what they put into their bodies. Alcohol consumption can be especially problematic, as it aggravates both conditions. As WebMD notes, while depression often comes first, alcohol is a natural depressant, meaning it will only make symptoms of depression even worse. Excess alcohol consumption also disrupts sleep, furthering the problems fueled by sleep apnea.

Sleeping pills present similar issues. Depression is a common side effect of sleeping pills, and they actually don’t help fight sleep apnea at all. Sleeping pills are meant to help you fall asleep, but they have no effect on keeping your airways open during the night. Be aware of the side effects of any other medications you are taking, as they could be contributing to your depression.

If you’ve been suffering from symptoms of sleep apnea and/or depression, it is important that you speak with a doctor as soon as possible. Just because these health conditions aren’t “visible” like a broken arm doesn’t mean that they don’t require treatment. By seeking professional help, you can get the care you need to live a healthier and happier lifestyle.

CPAP therapy is not necessarily going to cure you of depression — but as previous studies have revealed, it can play an important role in helping you address underlying conditions contributing to this mental health disorder. In many cases, it could enhance the effectiveness of your other treatments.

While CPAP therapy can be less invasive and less expensive than other forms of mental health treatment, it can still prove to be quite costly if you don’t have adequate insurance coverage.

That is where No Insurance Medical Supplies comes in. We offer a wide range of quality CPAP and BiPAP equipment at discounted prices, allowing you to save hundreds of dollars off your purchase. We also offer refurbished and certified pre-owned equipment, as well as free shipping on orders over $89, allowing you to save even more on your equipment.

If you’re short on cash, we also offer financing programs through partnerships with TimePayment and CareCredit. Breaking your purchase into affordable monthly payments will ensure that getting the care you need won’t cause undue financial stress.

Improving your sleep quality and your overall mental well-being are priorities that are worth investing in. Here at No Insurance Medical Supplies, we’re proud to help make these vital health goals a reality.